The Mottley Law Firm is pleased to announce the settlement of a significant mild traumatic brain injury case in January 2021. The case was scheduled for a week-long trial in a Virginia circuit court in February 2021. The case settled during a virtual Zoom mediation conducted by Charlottesville mediator James W. Barkley, Esq. of The McCammon Group in January 2021. The amount of the settlement was $1,800,000. The parties agreed that the names of the defendants, their insurance company, their attorneys, their experts, and the venue would be kept confidential.

Here is a brief description of the case.

A construction truck being driven by an employee of the corporate defendant was rapidly approaching from behind at approximately 60-65 miles per hour. The employee had just finished a phone call on his handheld cell phone. He was putting the phone down in the center console. When he looked up, he saw the back of the truck in which our client was a passenger right in front of him. He did not have enough time to stop. 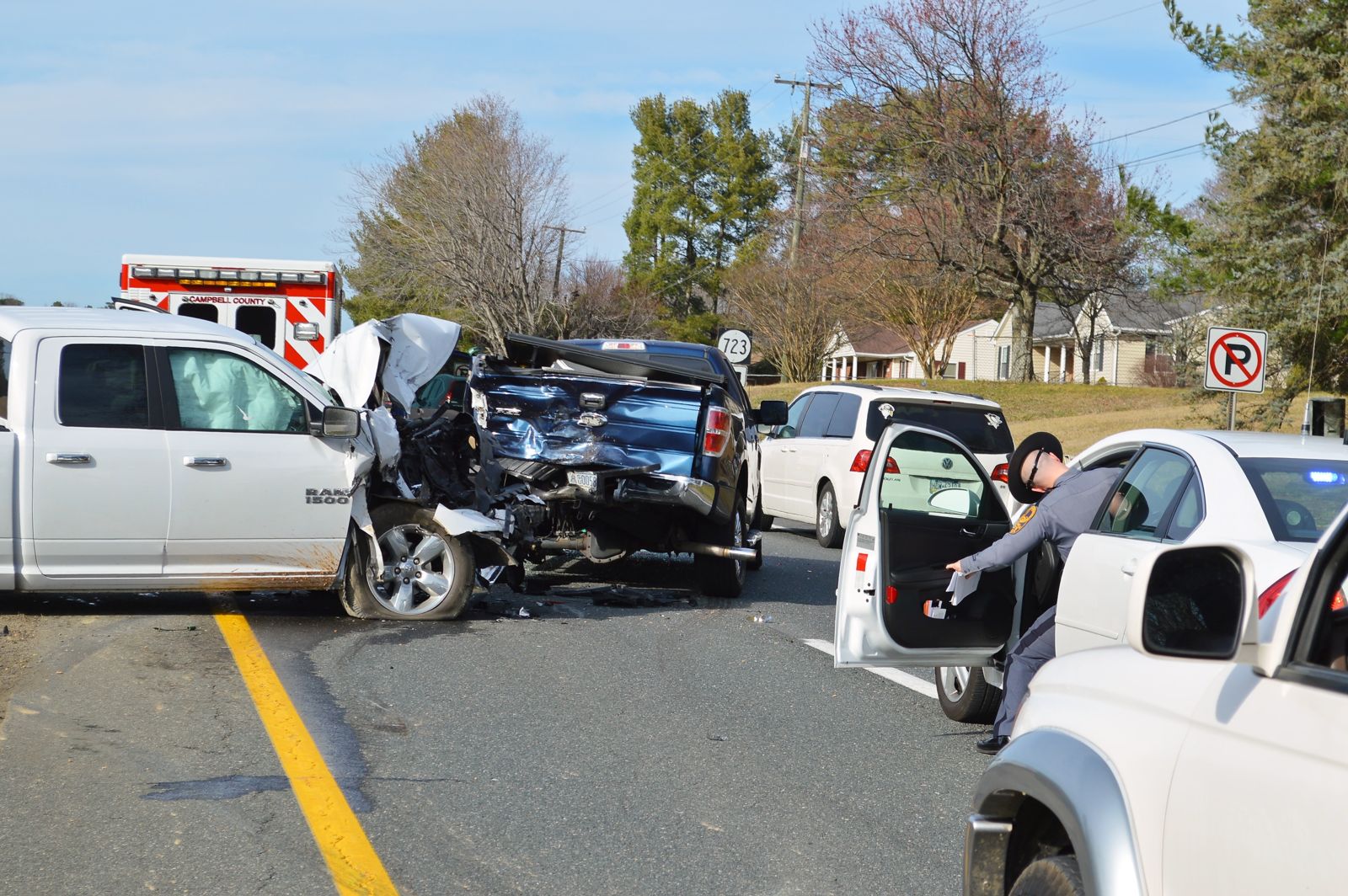 Our client’s last memory was of hearing an “explosion” at the time of impact. His next memory was of a lady at the window of the truck telling him it was “going to be OK.” He was able to extricate himself from the truck. Photographs taken by Virginia State Police show our client wandering around the accident scene, while the EMTs on scene tended to his friend. The EMT crew at the scene gave the friend more attention because he seemed to be the one who was injured the most. The ambulance took the driver to the hospital with our client riding as a passenger in the front seat of the ambulance. At the emergency room in Lynchburg, only the driver received attention, and our client was not formally evaluated by emergency room personnel, and no medical records revealed any sort of examination of our client by anyone on the day of the crash.

The following day, our client struggled at work. Over the ensuing days, his coworkers and his family noticed he was having problems focusing and that he was not acting like himself. The client went to see his primary care physician three days after the crash. She immediately diagnosed him as having suffered a concussion, otherwise known as a mild traumatic brain injury, in the crash. She referred him to a local concussion clinic where he saw a specialist who focuses her practice on the treatment of mild traumatic brain injuries. That doctor, a physical medicine and rehabilitation doctor, also diagnosed a mild traumatic brain injury. She believed he had suffered a "coup contrecoup" injury, in which his brain had moved back a 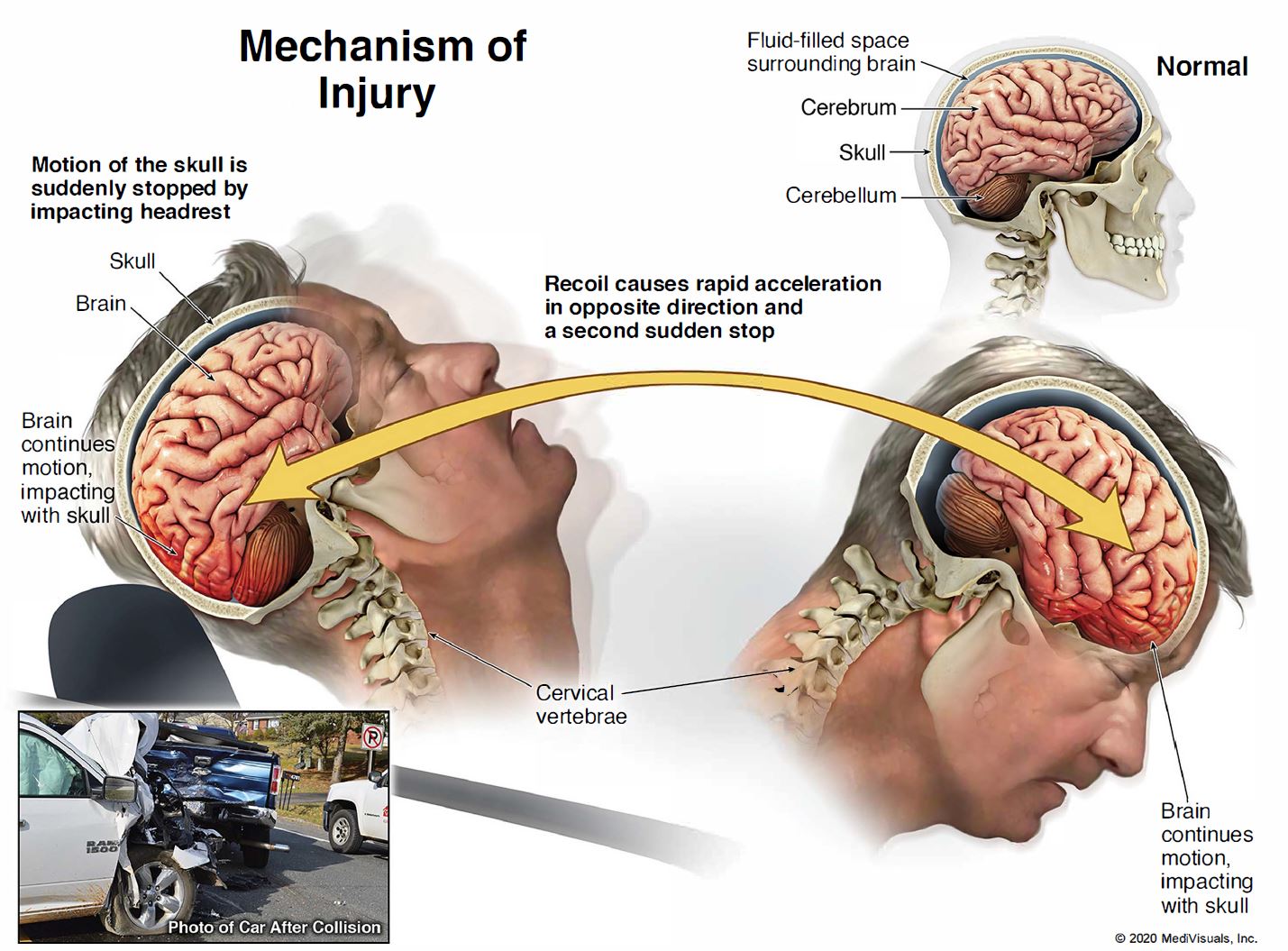 nd forth within his skull at the time of the rear-end collision, and again when the truck slammed into the car in front of it. After several months of persistent symptoms, she diagnosed our client as suffering from postconcussion syndrome. After a year of treatment, his medical providers felt his postconcussion syndrome was permanent.

The client was ultimately evaluated by a neuropsychologist who performed two rounds of neuropsychological testing. The testing found impairments in the client’s cognitive abilities. The client experienced lingering tinnitus (ringing in his ears), memory problems, mood and irritability problems, balance problems, headaches, concentration and focus problems, and photophobia. He also struggled with fatigue and pain associated with the whiplash injury he suffered in the crash. The client, who had worked in a professional setting for more than 30 years, struggled to provide services to his customers for several years after the crash. During discovery in the case, the defense lawyers took the depositions of several co-workers. The co-workers expressed concerns about our client’s job performance since the crash. As a direct result of the issues brought to light by the deposition testimony, leadership at the client’s place of employment decided to require that our client be supervised by another owner in the performance of his professional work. Ultimately, our client’s medical consultants opined that he could not perform the job he had been performing at the time of the crash due to his traumatic brain injury.

The Mottley Law Firm filed suit on the client’s behalf in Virginia circuit court. After more than a year of litigation, the case settled several weeks before the scheduled trial. The case settled for $1,800,000.