Tales from the Crypt, Part 3 of 3: “Finality Destination”

In Part 1 of our “Tales from the Crypt” series, we told you the story of a federal court premises liability case gone awry.  That story ended with a development that haunts every trial lawyer’s dreams: the abrupt dismissal of a case on summary judgment.  But not every horror story is a blood-and-guts slasher flick where the main character dies at the end.  Some of the best chronicle the protagonist’s ultimately successful efforts to navigate a situation where palpable danger lurks around every bend.

That brings us to the topic for Part 3 of our series: What is a final order under Virginia law, and what are the potential consequences of failing to recognize that a final order has been entered?  As this story shows, regardless of which side you’re on, you ignore this issue at your own peril. 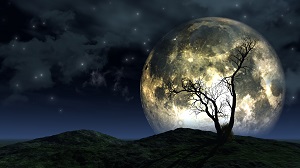 A judgment order that does not expressly retain jurisdiction is a final order.

Consider this scenario: A Plaintiff asserts a claim for breach of contract against two Defendants.  The contract at issue includes a fee-shifting clause providing that the prevailing party in any suit brought under the contract may recover its attorneys’ fees and costs from the losing side.  In its Complaint, the Plaintiff demands attorneys’ fees.  The Defendants do the same in their Answer.

The case proceeds to trial.  After the parties submit closing argument briefs, the trial court issues a letter opinion, stating that it will enter judgment for the Plaintiff and “retain the matter on the docket for further evidence to be presented as to Plaintiff’s attorney’s fees and costs incurred.”  Plaintiff’s counsel prepares an Order granting judgment against the Defendants, incorporating the trial court’s letter opinion, and stating that “counsel for the Plaintiff is directed to submit further evidence of attorney’s fees and costs.”  The trial court enters the order.

Has the trial court entered a final order?

The most obvious answer would be “no.”  After all, the trial court acknowledged that the attorney’s fee issue remained pending and directed Plaintiff’s counsel to submit evidence of his client’s fees and costs.  It even went so far as to say in its letter opinion that it was retaining the matter on its docket.  Under those circumstances, how could the judgment order possibly be final?

If you thought that was the correct answer, however, you’d be wrong:

[W]hen a trial court enters an order, or decree, in which a judgment is rendered for a party, unless that order expressly provides that the court retains jurisdiction to reconsider the judgment or address other matters still pending in the action before it, the order renders a final judgment and the twenty-one day time period prescribed by Rule 1:1 begins to run.[1]

In other words, Virginia law requires “specific language stating that the [trial] court is retaining jurisdiction” to prevent an otherwise final order – like a judgment order – from starting Rule 1:1’s 21-day clock.[2]  “[N]either the filing of post-trial or post-judgment motions, nor the trial court’s taking such motions into consideration, nor the pendency of such motions on the twenty first day after final judgment, is sufficient to toll the running of the 21-day period prescribed by Rule 1:1.” [3]  Thus, as the Court of Appeals has observed, “[a] mere indication that the trial court intends to rule on pending motions is insufficient to negate the finality of an order rendering final judgment on the merits of a case.”[4]

What if the Defendants failed to recognize that the judgment order was final?

We represented the Defendants in this scenario.  Fortunately, we recognized the judgment order was final – notwithstanding the language about attorney’s fees and costs – and filed a timely Notice of Appeal.  After we filed our Petition for Appeal, the Plaintiff moved to dismiss it, arguing that the judgment order was not final, despite the cases cited above.  The Supreme Court of Virginia denied the Plaintiff’s motion.  Ultimately, the Court granted our clients a writ, reversed the trial court’s judgment against them on the merits, and remanded the case to the trial court to consider our clients’ request for fees.[5]  So, our clients’ story had a happy ending.

But what would have happened if we had failed to recognize that the judgment order was final?

What if – instead of noticing an appeal from the judgment order – we had waited months for the trial court to enter an order adjudicating the Plaintiff’s fee petition and then noticed our appeal from that order?

In short, the consequences would have been dire.  Rule 5:9(a) of the Rules of the Supreme Court of Virginia establishes that “[n]o appeal shall be allowed unless, within 30 days after the entry of final judgment . . . counsel for the appellant files with the clerk of the trial court a notice of appeal.”[6]   Rule 5:5(a) makes clear that this deadline is “mandatory.”  And the Court means what it says.  If a Notice of Appeal is not filed “within 30 days after the entry of the final order, as required by Rule 5:9,” the Court “lacks jurisdiction to entertain the appeal on its merits,” and the appeal will be dismissed.[7] 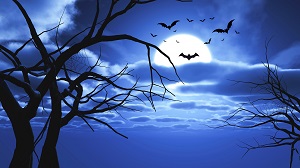 That would have been our clients’ fate if we had failed to recognize that the judgment order was final and did not notice our appeal from that order.  Even if the other side also failed to detect the finality issue, the Supreme Court could raise it and dismiss the appeal on its own accord because “any court may take notice of a jurisdictional rule or statute sua sponte at any stage of the proceedings.”[8]  So, had we failed to file a timely Notice of Appeal from the judgment order, our clients would have lost their chance to challenge the trial court’s judgment against them, a challenge which ultimately proved to be successful.

The transition from trial to appeal presents a minefield full of jurisdictional requirements and mandatory deadlines.  Failing to fully understand concepts like finality can lead to disaster for any trial lawyer unaccustomed to the appellate process.  If you are concerned that a trial court’s order may be final, the only safe bet is to file a timely Notice of Appeal.  Better yet, if you do not regularly practice in Virginia’s appellate courts, consult someone who does.

[6]           Although Rules 5:9(a) and 5:5(a) permit the Court to grant an extension of the deadline for filing a Notice of Appeal, a motion seeking an extension is only timely “if filed either within the original filing deadline or within any extension period specified by the governing rule.”  Rule 5:5(e).  Thus, if the original 30-day period for filing the Notice of Appeal passed without us recognizing that the judgment order was final, we almost certainly would have had no remedy.

Regardless, in practice, the Court grants extensions of time only under the most remarkable circumstances.  See Tharp v. Commonwealth, 211 Va. 1, 3 (1970) (announcing that the Supreme Court will only grant extensions of time for filing petitions for writs of error when denying an extension “would abridge a constitutional right”).