Kevin W. Mottley of The Mottley Law Firm PLC is pleased to announce the settlement of a highly publicized and contentious traumatic brain injury case involving an alleged assault on a Virginia Beach woman by her then-boyfriend, a former NFL player.  The case settled in November 2018 for $2,500,000.  Kevin was co-counsel for the Plaintiff with Stephen M. Smith, David B. Holt, and Stewart Gill of The Brain Injury Law Center in Hampton, Virginia.

On New Year's Day, 2015, the firm's client, who will be referred to as Jane in this article, planned to have an enjoyable evening on the town in Virginia Beach, Virginia with friends and her then-boyfriend.  The boyfriend and Jane had been dating for a while.  That night was particularly exciting for Jane because her favorite college team, Ohio State, was playing Alabama in the Sugar Bowl, one of the college football national championship playoff games that year.  They went out to dinner with some friends and to a party.  Then, they went to the home of their neighbor to watch the second half of the game, which Ohio State won. 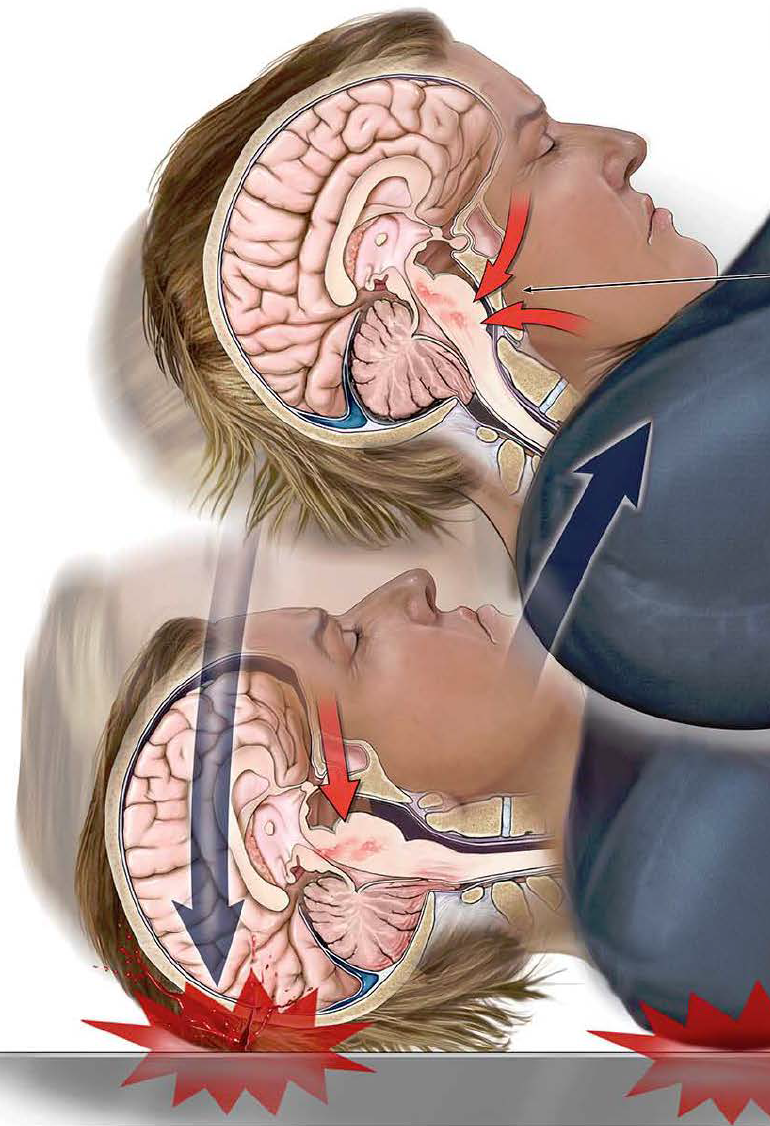 After the game is when things took a horrible turn.  According to Jane, when they arrived back at Jane's home, the boyfriend angrily accused her of flirting with another man.  An argument ensued, and it quickly turned violent.  Jane claimed the boyfriend knocked her to the floor and slammed her head into the floor.  She also said that at another point during the incident, he choked her.  Jane does not remember all the details of the incident and, at some point while it was happening, she lost consciousness.  But the aftermath said it all.  Her hair was caked in blood.  She had bruises and swelling on her face, arms, torso, back, and legs.  The back of one of her heels was split open in a nasty gash.  One of her arms looked deformed and was severely swollen.  Blood splatters were on her bedroom walls and sheets. A pool of blood-stained carpet was on her floor.  A bloody handprint was on her sheets.  She was left in this condition until the next day, when she was able to contact a friend for help.  In addition to the bruises, cuts, and swelling, Jane suffered a traumatic brain injury ("TBI").

Leading Cause of Traumatic Brain Injuries

Assaults are, unfortunately, one of the leading causes of TBI.  Even more, unfortunately, in most assault cases, no viable path exists for the victim to seek recovery in a civil lawsuit.  Usually, the only recourse is through the criminal justice system.  That is because individuals who assault other individuals seldom have sufficient assets or liability insurance to cover a judgment.  Insurance policies typically exclude from coverage intentional acts, like assaults.

In this case, however, the defendant was a person of means who had assets to cover a judgment.  And his homeowners' insurance company agreed to cover the cost of a settlement.  In November 2018, the parties agreed to a $2.5 million settlement of Jane's civil claim against the boyfriend.  As of the writing of this case result (January, 2019), the boyfriend's criminal trial remains pending.