What should I do if the insurance company denies my claim after I suffer a brain injury? 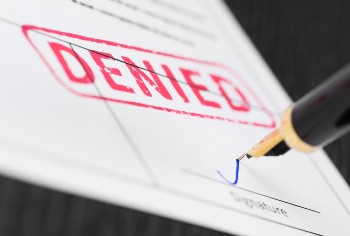 While accident victims do often get the help they need after a traumatic brain injury (TBI), claim denials are more common than you may expect. Having your insurance claim denied can be disastrous, especially if you are unable to work and need help covering your regular bills while handling massive medical costs. You don’t have to just accept the denial, however. There’s still hope for a successful outcome when you work with an experienced brain injury attorney.

A Lawyer Can Help After Insurance Denies Your Claim

Unexpected problems that frequently pop up when interacting with an insurance adjuster are one of the top reasons why you should call an experienced TBI attorney after an accident. The more claims an insurer pays out, the less profit is made. Unfortunately, that means the at-fault party’s insurance company has a clear interest in paying as little as possible or even denying claims outright.

When your claim is initially denied, it’s in the company’s best interest for you to give up and stop pursuing the matter. Instead, here’s what you should do:

In some cases, the issue is as simple as improperly prepared paperwork without enough information, which can be fixed. Other reasons for a denial present a larger problem, however. Your claim could be denied because of a number of technicalities, like:

In addition to those common problems, other issues may arise from mistakes you didn’t know to avoid. For instance, you may see a denial because you:

After going over the reasons for the denial, an attorney can additionally gather evidence of your claim’s validity and take over communication with the insurer. Simply retaining an attorney lets the adjuster know you intend to continue pursuing the matter, which can be a massive help towards getting approved.

Besides negotiating with insurance, your attorney can pursue other sources of compensation if necessary. In some cases, an insurance settlement won’t be the best route to go if you are struggling financially. You may instead need to file a personal injury lawsuit against the negligent party who caused your TBI.

We understand the frustration you feel when you or a loved one have an insurance claim denied. You shouldn’t have to worry about how to pay your bills while dealing with physical and emotional recovery from a major injury. Let our experienced attorneys stand up for your rights and protect you from insurers who may not have your best interests at heart. Set up a consultation with The Mottley Law Firm to find out if we can help you.