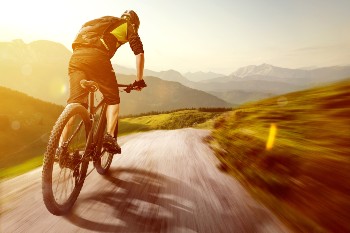 Whether you ride for fun or as your primary means of transportation, it is unfortunately easy for any bicyclist to suffer extensive physical injuries in a crash. Cyclists struck by a negligent driver may struggle with lost income while recovering, as well as devastating medical bills and expensive therapies after a traumatic brain injury (TBI). Here’s what you need to know about the dangers of bike accident TBIs, as well as what to do if you’ve been hurt.

Rights and Responsibilities of Virginia Cyclists

You may be surprised to learn that Virginia doesn’t currently have a state-wide bicycle helmet law enacted. Some individual counties have issued ordinances requiring riders under 15 to wear a helmet while on city streets, sidewalks, or highways, however.

While helmets aren’t legally required in the city of Richmond, it’s important to remember other statewide laws affect people riding bikes just like motor vehicle drivers. For instance, while riding on the street rather than on the sidewalk, cyclists must follow the flow of traffic and remain in the proper lane.

On the other side of the equation, motorists also have a responsibility to drive safely and avoid collisions with bike riders. Negligent behavior, like drunk or distracted driving, can cause an accident resulting in brain injuries and long-term health consequences for a cyclist.

While responsible cyclists use helmets even when they aren’t required by law, it’s still possible to sustain a traumatic brain injury while wearing a helmet. Bicycle accidents can involve a closed head injury, where no penetration to the actual brain occurs, or an open injury when the skull is fractured.

TBIs may occur when directly striking your head against the vehicle, a nearby object, or the pavement. Even if you don’t sustain a direct blow to the head, you can still suffer a TBI if your brain strikes against the sides of your skull during the sudden movement caused by a collision.

Some mild TBIs may only put you out of work for a short time. In other cases, there is a serious risk of long-term repercussions that can have a drastic impact on your daily life. Symptoms of a traumatic brain injury in a cycling crash may include:

Cyclists may have suffered a traumatic brain injury even if they don’t lose consciousness or immediately exhibit other symptoms after the accident, however. Cognitive, behavioral, and physical symptoms may not appear for days or weeks, which is why you should always see a doctor after any bicycle accident to check for internal injuries.

A traumatic brain injury during a bike accident can turn your life upside down and leave you wondering how you are going to pay your bills while dealing with physical and emotional trauma. That’s why bicycle accident victims need the assistance of a skilled personal injury attorney to gather evidence proving their TBI was caused by the at-fault party. From there, an attorney can help in negotiating an insurance settlement or filing a lawsuit to recover damages covering:

Were you hurt in a bike accident and aren’t sure what to do next? Find out if we can help you protect your legal rights by providing us the basic details of your case and scheduling a consultation.