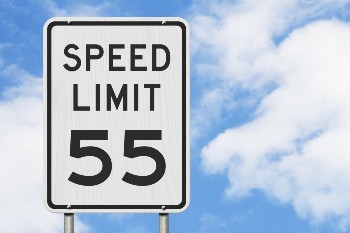 Everyone wants to reach their destination as quickly as possible, but we also all want to get there in one piece. Unfortunately, some motorists put more focus on speed than safety—resulting in hundreds of thousands of speeding violations reported by law enforcement across the state every year. When the speed of a vehicle goes up, so does the likelihood of serious, life-altering injuries in a collision.

Anyone who has been pulled over before probably already knows that Virginia has some of the strictest speeding laws found in the nation. Speeding typically carries a penalty of a fine and demerit points on your driving record. The key difference to keep in mind from other states is that criminal charges due to excessive speed are also possible due to the state’s reckless driving rules.

What specifically constitutes “reckless” driving has a very broad legal definition in Virginia. It can cover issues like failing to yield at a sign or attempting to pass two vehicles side by side on a normal two-lane road. The definition specifically also includes driving faster than 85 MPH under absolutely any circumstances, as well as driving 20 MPH over the speed limit on any road, highway, or alley at any time.

Crucially, state law also includes a provision stating that driving faster than is safe for the road conditions counts as reckless driving. That remains true even if the driver was going under the posted speed limit. For instance, if the speed limit is 55 MPH but snowy and icy conditions make the highway unsafe for normal speeds, an officer who responds to a crash has latitude in deciding if the driver was going too fast for the conditions. Even driving under 55 MPH in that circumstance can still result in a reckless driving charge if speed was a factor in causing the accident.

Injuries Caused by Crashes Where Speeding Is the Main Factor

It goes without saying that high rates of speed make it difficult to control a vehicle safely. Besides causing trouble reacting to obstacles on the road in time, traveling too fast makes it extremely easy to overcorrect and enter the wrong lane or leave the road entirely.

Speeding also creates a danger of flipping over when turning or misjudging distances and colliding with a pedestrian, another car, a light pole, etc. These types of accidents, in particular, become potential hazards when a driver ignores the speed limit:

Speeding also frequently intersects with road rage when deadly collisions take place on the highway or even Richmond streets. The best course of action when you are placed in danger by a speeding motorist is to simply pull over and let them pass you to avoid a road rage incident that could result in extreme harm. Common injuries suffered by survivors during crashes caused by speeding may include:

If you or a loved one had the misfortune to sustain an injury in a crash where negligent reckless behavior was involved, it’s important to act quickly to preserve evidence. Contact law enforcement to investigate the scene and avoid interacting with the at-fault driver, especially in instances where speeding and road rage intersect.

Be sure to also take pictures of the vehicles as well as the surrounding scene, and gather the contact information for anyone who saw the accident take place. From there, your two main priorities are to see a doctor so your injury is documented and then contact an attorney.

A skilled personal injury lawyer can help prove that speeding caused the crash by using evidence like:

You Can’t Rely on a Criminal Case to Recover Compensation

If speeding was a clear cause of the accident at the scene, the at-fault driver may be charged with a reckless driving criminal offense and can even face jail time. While that may keep the roads safer for other drivers, it won’t help you deal with your medical bills or inability to work while recovering from your injuries.

The fact of the matter is that your accident was entirely preventable and it didn’t need to take place at all. If it wasn’t for the negligent behavior of a speeding driver, you wouldn’t have been hurt. That makes the at-fault party liable for your damages. A criminal conviction typically won’t help there though, which is why you need to talk with an attorney to find out if you should pursue a civil personal injury case.

An attorney’s job is to assist in protecting both your legal rights and your financial recovery by negotiating with insurance adjusters and filing a lawsuit against the negligent driver. Depending on the seriousness of your injury, you may be able to recover damages from a speeding accident to cover expenses like:

Discuss Your Case With a Virginia Personal Injury Attorney

To have a shot at recovering financially and ensure you get the full and fair amount you deserve, don’t wait to discuss your accident with an attorney. The Mottley Law Firm wants to hear from you and find out if we are the right fit to take your case. Call or message us today to schedule a free consultation.