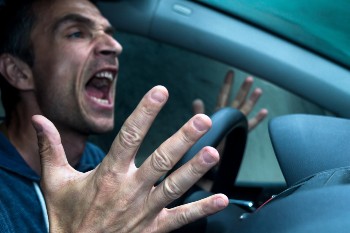 Every driver on any Virginia road has both a moral and a legal duty to uphold a basic duty of care behind the wheel. That duty is officially breached when an angry driver fails to behave calmly and decides to drive aggressively.

What You Need to Know About Virginia Road Rage Accidents

Drivers who relinquish control of their emotional state and engage in road rage are usually responding to some perceived slight. They may believe you weren’t driving fast enough, idled too long at a stop sign, were driving too close to their car, left your high beams on, etc.

Whatever the root cause, the driver loses their cool and decides to respond with dangerous or even outright illegal driving tactics. Aggressive driving behavior in these incidents can include:

There is a legal distinction between these aggressive driving habits, which are usually only considered traffic violations, and road rage, which is a criminal assault. Road rage takes the situation a step further and the assault often involves the vehicle itself, such as by tapping the back bumper of the vehicle ahead or colliding while attempting to race.

In other cases, the assault actually takes place after the vehicle has come to a stop. Drivers experiencing road rage may follow the focus of their anger and threaten the victim with a firearm or engage in an act of intentional physical violence.

How to Handle Road Rage Incidents and Protect Your Legal Rights

When upset drivers use their vehicle as part of a confrontation, it is all too easy for someone to experience life-altering repercussions. De-escalation is the best course of action when another driver is exhibiting reckless driving habits or engaging in road rage. A minor inconvenience in traffic isn’t worth dying over or suffering an injury with long-term consequences.

In situations where de-escalation doesn’t work and the other driver causes a collision or gets out of their car for a confrontation, here’s what you should and shouldn’t do:

An Attorney Is Necessary After Any Road Rage Injury

Everyone will eventually experience anger while driving. No one is perfect, and mistakes on the road will happen. What separates dangerously aggressive driving from everyday frustration is how that anger is managed. When a driver allows anger to blossom into road rage and causes an injury, you need the help of an experienced attorney to stand up for your legal rights.

Serious and potentially even permanent wounds are possible in road rage collisions or subsequent physical altercations. Documenting those injuries early and keeping a paper trail on how the accident impacted your life are both important steps in a successful personal injury case. Depending on the type of collision or assault that occurs during a criminal road rage event, you may end up dealing with:

Depending on the circumstances, the at-fault party who caused your injury may face criminal penalties after the road rage incident. While that may prevent the aggressor from causing further harm in the future, that doesn’t actually help in your financial recovery. You’ll still need to recover damages for your medical bills and others costs either through an insurance payout or by filing a personal injury lawsuit.

The help of an attorney with knowledge of Virginia traffic laws and experience in road rage cases is a necessity to successfully recovering the full compensation you deserve. While the at-fault party tends to be readily obvious in a road rage case, you still need an attorney’s help to gather and present evidence of your injury and prove how it was caused. The case may also involve acquiring additional evidence if the at-fault party was a commercial driver on the job for a trucking company, rather than someone in a passenger vehicle.

A proficient lawyer is also critical in dealing with insurance adjusters to negotiate a settlement, while still potentially filing a personal injury lawsuit before the statute of limitations expires. In particular, victims of road rage injuries can seek compensation covering:

Were you or a loved one hurt by someone engaging in aggressive driving on a Virginia street or highway? We want to find the best way to help you hold the driver responsible and recover the damages you are legally due. Get in touch with The Mottley Law Firm today to schedule a free consultation so we can learn about your injury and the circumstances around the collision.

Need more info first? Read our free book on what to expect from a Virginia personal injury case where we answer the top questions from potential clients.