Proving the Four Elements of a Virginia Car Accident Claim 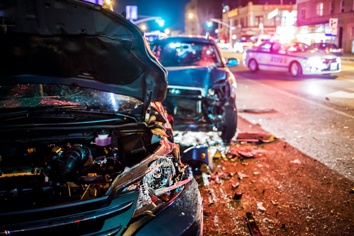 It seems like a clear-cut case of driver negligence. You were obeying traffic laws when another driver plowed into you. The crash left you seriously injured, and you believe you should be compensated by the other driver. While you may have a legitimate claim for damages, you will have to prove a series of legal elements to build your case. Working with a personal injury attorney from day one will allow you to focus on recovering from your injuries while someone else takes care of the legal issues. At The Mottley Law Firm, we only accept a few personal injury cases at a time, allowing us to devote the necessary time and resources to each of our cases. If you were seriously injured in a Richmond car accident, contact us for a free case review. If we believe we can build a strong case and get you the compensation you deserve, we will take your case and get started.

The first of the four elements that must be proven in order to hold the other driver responsible for paying your medical bills and other damages is duty of care. This legal obligation is defined as a person’s adherence to a standard of reasonable care while performing any acts that could foreseeably harm others. Driving a car is an act that could harm others; therefore, every driver is bound by an obligation to operate his vehicle in a manner that protects the safety of others. In car accident claims, duty of care is generally a given.

Proving the Other Driver Breached His Duty of Care

The second element that must be proven is that the other driver did something reckless or unreasonable, and that is what caused the crash. This is probably the most important and often most difficult element to prove. In a car accident claim, this could be any number of things, including the following:

Any form of distracted driving or violation of a traffic law would be considered a breach of duty of care, but you must also provide evidence that the other driver did, in fact, commit this breach. A citation from a police officer would be irrefutable proof, but your attorney can also gather evidence such as witness statements, traffic camera footage, accident recreations, photos from the scene, and more, to prove that the other driver breached his duty of care.

Next, You Must Show That This Breach Caused Your Injuries

It is at this point that the insurance company for the other driver may offer counter-evidence suggesting that your actions contributed to the crash or that your medical condition existed before the accident. Your attorney will defend you against these charges to maximize the value of your claim.

The goal of a personal injury claim is to compensate you for what you have lost because of the accident. Therefore, you must prove that you have actually suffered losses, such as physical or emotional impairments, wages or sick time, and future earnings. Your attorney will do this by gathering medical records, bills for treatment, earnings statements, and expert testimony to present to the insurance company or in court if the case cannot be settled. An experienced personal injury attorney will also know how to place an economic value on your pain and suffering and will present that evidence to ensure that you receive maximum compensation.

Leave the Legal Tasks to Us

If this all sounds complicated, that’s because it is. As an accident victim, you do not have to figure this all out on your own. If you suffered serious whiplash or a traumatic brain injury in a Virginia car accident, let our legal team examine your case. If we can help you get the compensation you deserve, we will. Call our Richmond office or fill out the contact form on this page.