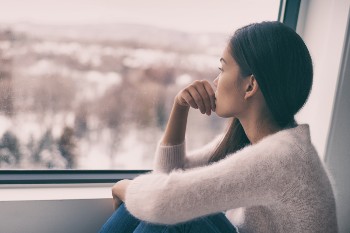 Any incident where you are physically harmed is bound to bring a strong emotional response. When the brain is involved, emotions may play a larger role in the recovery process than many people realize. Simply dealing with the life-changing nature of a traumatic brain injury (TBI) can trigger strong feelings of rage and sadness.

Damage to the brain itself can also result in a variety of long-term emotional changes, which can range from mild irritation to extreme shifts in personality. Dealing with this aspect of a traumatic brain injury often involves rehabilitation therapies that can be extremely costly. That’s why an attorney should be contacted after any TBI to help you seek compensation for those expenses.

Whether you were in a motorcycle crash or struck by a falling object at work, your accident may have caused damage to the portions of the brain responsible for emotional control and expression. Sustaining an injury that affects the amygdala, hippocampus, or hypothalamus areas of the brain is the most common reason why emotions change after a blow to the head.

Those portions of the brain can be hurt in many different injury types, including coup-contrecoup wounds where two sides of the brain are damaged by a sudden movement, or an actual strike to the hide resulting in a brain laceration. These are the emotional problems most frequently suffered by TBI patients:

Those emotional changes often lead a TBI patient to use words and behaviors that don’t fit the situation, making everyday life difficult. These difficulties can further cause strain on relationships with friends, family, and spouses.

In severe cases where several of these difficulties occur at the same time, someone who suffered a brain injury may not be able to adequately complete basic daily job requirements. That can prevent the patient from returning to work after an accident or make it impossible to find new employment.

Major emotional shifts often subside in the weeks and months after a TBI, but they can be an ongoing or even permanent problem in some cases. When changes to emotional behavior don’t go away on their own, a patient will need to undergo therapy to learn coping mechanisms. That may involve in-patient appointments, an expensive stay at a rehab facility, or even regular in-home visits from a medical professional. Anti-depressants, anti-anxiety, or other mood-stabilizing medications may be prescribed to deal with emotional symptoms.

Retaining the services of an experienced attorney is important for placing a value on a personal injury case and holding the at-fault party responsible. A lawyer with knowledge of TBI cases can utilize medical records to show insurance carriers or a court how the patient’s life has been impacted. Those documents, along with police reports and evidence from the accident site, are also used by legal counsel to prove negligence caused the brain injury.

Besides a reasoned, legally-sound opinion on the overall worth of a case, a lawyer's examination of the evidence may also reveal additional sources of compensation. It’s possible that multiple parties are at fault, or that someone other than the property owner or at-fault driver may hold responsibility for a traumatic brain injury.

You have a legal right to seek compensation after suffering a TBI, whether it was caused by a careless driver, a negligent business creating a slip and fall hazard, or even an accident at work. Contact a skilled Virginia attorney with a track record of positive outcomes who knows what you are going through when dealing with emotional problems caused by traumatic brain injury.