Are truckers always at fault for rear-end accidents? 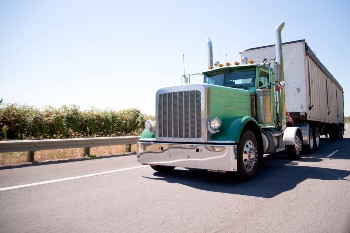 There are certain kinds of accidents that appear to have clear-cut culprits. When a truck driver hits the back of your car, obviously they are at fault, right? Unfortunately, that question is a bit more complex than it first seems.

Like anyone on Virginia roads, truck drivers have a basic duty of care to uphold while operating a vehicle, and that includes allowing enough lead time to avoid a collision when stopping. Rear-end crashes between truckers and passenger cars are often a result of distracted driving, such as when the driver is eating, talking on the phone, fiddling with knobs, and so on.

However, that isn’t always the case. There are times where the truck that hit you isn’t responsible at all. For instance, someone else may have hit the truck first, which caused the truck to collide with the back of your vehicle.

Additionally, pursuing compensation from the actual truck driver isn’t always useful. The company that hired the driver may instead bear responsibility through negligent hiring and training practices. In some cases, the accident could have been caused by a faulty part that needs to be recalled, putting the manufacturer at fault. There are also instances where a shoddy repair job or improperly loaded cargo can cause a truck accident, leaving the maintenance or loading crews on the hook for your costs.

There’s another important catch to keep in mind. Even if the fault is extremely apparent, you still have to prove the other driver (or the employer) was negligent in order to receive the compensation you deserve. Insurance providers make money by denying claims, and truck companies don’t want to be taken to court, so both will try to find ways to avoid paying you.

An insurance adjuster may argue that you were partly at fault for the accident, which can prevent you from receiving any compensation at all. Insurance companies may also use tactics like taking social media photographs out of context to claim you aren’t as injured as you appear to offer you a lower amount than you deserve.

No matter who was ultimately responsible for the truck hitting your car, you need to contact an attorney who can fight these tactics after a rear-end collision.

Making your case and receiving compensation for your injury, even when it seems obvious that the truck driver was at fault, depends on gathering and properly utilizing evidence. You specifically need to acquire:

That last point is particularly important when a truck strikes the back of your car because whiplash is common after a rear-end accident. Other serious injuries with life-long repercussions are possible in rear-end crashes, especially when dealing with large tractor-trailers or cargo trucks.

Symptoms of brain and spinal cord injuries frequently don’t appear immediately after the crash and can be missed if you don’t get checked out by a medical professional quickly. Documenting those injuries is critical to negotiating a full and fair settlement with the truck driver’s insurance or in pursuing compensation through a lawsuit.

Call a Virginia Personal Injury Attorney After Any Truck Accident

The most important step after any rear-end truck accident is to find a skilled attorney to investigate the crash and utilize all the available evidence to fight for your legal rights. Contact The Mottley Law Firm today to schedule a consultation. We want to hear about your accident and find out if we are the right fit to take your case.