Are teen drivers always at fault for Virginia car crashes? 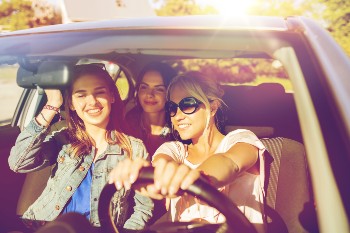 This question has a simple answer—no, teens aren’t always at fault—but also a more complex explanation. While younger drivers have to follow different legal rules than older adults, simply being a teenager with less experience on the road doesn’t immediately put them at fault.

The state of Virginia places certain restrictions on teen drivers to reduce collisions. Anyone under 18 isn’t allowed to drive between the hours of midnight and 4:00 a.m., for instance (with a handful of exceptions like driving to work, school, or church function). Teens under the age of 18 are also only allowed a single non-family member passenger under the age of 21 while they are driving, except in cases of emergencies or when driving to a school event.

Those restrictions don’t make a personal injury case against a teenage driver or their parents immediately viable. Teens may be more likely to engage in behaviors that could put them at fault for an accident, however, like distracted driving or texting on the road.

To recover damages after a crash involving a teen driver, you need to work with an experienced Virginia attorney to show the driver was liable for the accident. After an investigation of the crash, your lawyer may prove the other party caused your injury using evidence like:

Were You or a Loved One Hurt in a Car Accident?

If you’ve been injured in a crash caused by an inexperienced teen driver, or if your teenage child was hurt in a crash caused by another driver’s negligence, you need to contact an attorney. Let us know the basic details of the accident so our Richmond personal injury lawyer can get in touch and find out more.