A Drugged Driving Crash Can Change Your Life in an Instant 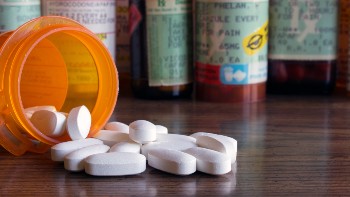 While drowsy driving can be just as dangerous, driving under the influence of narcotics—even legal ones—is a major risk factor for collisions that result in serious injuries or wrongful death. Even if criminal charges are brought against the drugged driver, you still need to talk to a civil personal injury attorney to safeguard your financial recovery. A sentence of jail time or mandatory substance abuse counseling for the negligent party won’t help pay your bills while you’re dealing with massive life changes brought on by your injuries.

What specifically counts as “drugged” driving can cover an extremely wide range of impairments depending on what kind of substance the driver ingested. Powerful painkillers, for instance, are perfectly fine to use when sitting on the couch and watching TV—but can cause serious problems when getting behind the wheel of a car.

Sedatives often lead to extreme lethargy, while opiates can bring confusion alongside their euphoric effects, and illicit substances have the possibility to create hallucinations or paranoia. Whether taking illegal hard drugs or utilizing prescription medication meant to treat an illness, drug usage may cause:

Obviously, these impairments are a safety hazard to anyone else on the road. Frequent accident types caused by drugged driving on Virginia streets and highways include:

These major accident types are likely to bring about life-altering injuries. Survivors of drugged driving crashes can suffer bone fractures, bruising, lacerations, disfigurement, paralysis, spinal cord or brain trauma, and even long-term mobility and pain issues. Those health changes are likely to interfere with your ability to work and earn a paycheck while medical bills pile up quickly.

What to Do After a Drugged Driving Accident

A negligent driver who endangers others on the road can be legally liable for your physical and emotional damages, even if the drugs they took weren’t specifically illegal. When prescribed by a doctor, there are many legal medications that may interfere with your ability to properly navigate roads—especially if they are mixed with alcohol or marijuana.

Although both medical and recreational legalization has arrived in an increasing number of states, including Virginia, driving under the influence of marijuana remains illegal. The bottom line is that you need to talk to an attorney if you suspect the at-fault driver was operating a vehicle while under the influence of:

In order to show that the other driver owes you compensation for your injuries, you have to prove they were actually under the influence of drugs at the time of the crash. That’s where an attorney becomes an invaluable resource in protecting yourself legally. A personal injury attorney’s job is to perform an in-depth investigation, prove who was responsible for your injury, and show what damages they owe you.

Because of the difficulty in proving drug usage, it’s important to report your suspicions to law enforcement and first responders when they arrive at the scene of your accident. If they don’t smell alcohol, the officers may not request a breathalyzer or blood test at all. Even when a DUI is given for failing an alcohol sobriety test, the officers on the scene may not request a blood test for the presence of other drugs that could impact an insurance settlement or court case.

Having as much evidence as possible available is critical to negotiating with insurance or presenting a compelling case in court against the drugged driver. For the best chance at recovering compensation, always take these steps at the scene:

Anyone who has dealt with a serious car crash probably knows to expect extensive medical bills, especially if you suffered a traumatic brain injury or spinal cord damage, but many victims don’t realize just how much the accident will affect your family financially.

Even if you can eventually return to work and go back to normal physical activity, the long-term emotional effects are often considerable and can get in the way of enjoying everyday activity. By working alongside an attorney, you can seek compensation covering:

It’s important to act quickly after a crash because there is a statute of limitations on bringing a lawsuit against a drugged or drunk driver in Virginia. If you were hurt, or a loved one passed away after a drugged driving collision, contact us to set up a free consultation and discuss your accident. Our goal is to make sure you are treated fairly, all of your costs are considered in any compensation offer, and your legal rights are protected by an experienced lawyer.