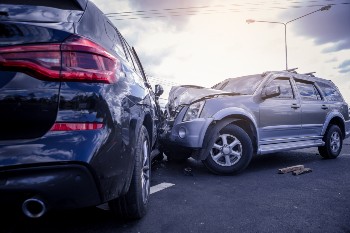 Car crashes are an unfortunate fact of life that every driver has a duty to avoid. Sadly, many drivers ignore that duty and engage in risky behaviors that significantly raise the chance of a collision. In the state of Virginia, there are five leading causes of car accidents to watch out for that may result in injuries and extreme financial difficulties.

When vehicles weighing thousands of pounds collide, it shouldn’t be much of a surprise that people can be severely wounded. Those injuries can frequently be avoided entirely if drivers keep their eyes on the road and follow local traffic ordinances, however.

Ignoring traffic laws makes it much more likely two or more vehicles will get in a wreck. Here are the top five traffic issues we’ve seen at the Mottley Law Firm that lead to crashes and injuries:

In the Commonwealth, both following too closely and failing to yield often make up the lion’s share of negligent behavior leading to injuries. Those are by no means the only reasons that accidents occur, however.

Any sort of distraction, such as texting while driving or taking eyes off the road to fiddle with knobs, can lead to a collision and serious harm to anyone involved. Drowsy driving is another negligent behavior that is often more dangerous than driving while drunk.

If You Did Not Cause Your Richmond Car Accident

Knowing exactly how the accident took place is a major step forward in determining who is liable for your injury. That information is crucial to recovering all the damages you are legitimately owed by the best possible source of financial recovery.

In many cases, the other driver is clearly the at-fault party. That person failed to yield, decided to speed while quickly changing lanes without checking their blind spot, or so on. You may need to pursue your financial recovery through that person’s insurance, your own insurance carrier, or a personal injury lawsuit.

The other driver isn’t always the liable party, however. In some cases, your best source of compensation may be someone else entirely. Liability may fall on the driver’s employer, for instance, if the accident involved a commercial truck or someone driving as part of their job.

In other situations, the accident may have occurred due to faulty equipment, shoddy mechanical repairs, improper cargo loading, and so on. That's why it’s crucial to have a qualified Virginia car crash lawyer perform a thorough and exacting investigation into your accident.

How to Find the Causes of a Car Crash

An attorney is necessary to comb through all the available evidence to prove how the crash happened and who is liable for your damages. Part of that investigation also covers the accident’s overall impact to your life. If you couldn’t work for a month while recovering and lost out on income and employment benefits, you should be compensated for those losses.

All of this requires collecting various evidence, which is why the actions you take immediately after the crash are extremely important. After a crash, be sure to:

The single most important step after seeing a doctor is to then consult an attorney. Your legal counsel can assist in determining exactly how much compensation you deserve based on medical and employment records. After suffering an injury in a car crash caused by negligent behavior, Virginia law specifically allows you to recover:

No matter the exact causes of your Virginia car accident, an attorney is crucial to protecting your legal rights. If you were harmed in a wreck caused by a negligent driver, you need to speak with a lawyer to assess your options. Get in touch with the Mottley Law Firm to schedule a consultation by calling (804) 409-0876 or using our online contact point here.